ASSH 2017 will mark the 40th anniversary of the first Sporting Traditions conference, which was held in Sydney in 1977.

As a supplement to ASSH’s traditional focus on the social and cultural history of sport, ‘The business of sport’ will provide a focus for discussion of private and public sector funding of sport, sponsorship, IT and how sports users engage with new media and social media, women in a male-dominated business, the media as a business stakeholder and the positive and negative outcomes of staging major sporting events, including the 2018 Commonwealth Games, in Australia.

The conference aims are as follows:

1. To attract new presenters, particularly women and students, to the conference

2. To commemorate the 40th anniversary of Sporting Traditions.

All enquiries can be made to Erik Neilsen (asshsydney@gmail.com)

Submissions are invited on the conference theme on the business of sport, its history and contemporary operation. However, other topics relating to the history of sport are also welcome. Below are some suggestions for topics that may be covered:

– the changing pattern of private versus public ownership of clubs and venues over time
– past and present sponsorship and marketing issues
– changing models of sports business over time (such as the North American, British) and pan-British aspects of sports history
– the pros and cons of bidding for mega sporting events
– who benefits from the staging major sports events?
– competition between the east and the west of Sydney (and Melbourne-Sydney) for sports resources
– equal pay for women in sport
– the changing role of the media in the business of sport and whether it can be encouraged to broadcast new and emerging sports

Papers or panel proposals are encouraged to link to the major conference themes but papers on all sports history related subjects will be considered and where possible grouped with similar subjects in the conference program.

On day 3 there will be two specialist streams on the business of sports collecting and museums. A separate call for papers has been issued for these two streams.

Each panel will consist of three speakers will each will be allocated 30 minutes, 20 minutes for presentation and 10 minutes for questions.

This time frame will be strictly adhered to so that one speaker does not encroach on the time of another.

Submissions can be in the form of an individual presentation or that of a panel, on a specific topic, of three speakers.

An individual proposal should include the following information:

Abstracts should be submitted to the following email address: assh2017abstracts@gmail.com

15 April 2017 Deadline for the general call for papers 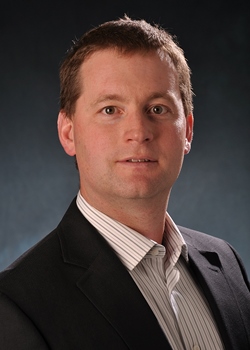 New values for sport governance in the 21st century

Roger Pielke will suggest the need to rethink the values that underlie global sport and how it is governed, global governance being one of the big challenges facing world sport. He will argue that some existing values should be cast aside such as Amateurism, Purity, Autonomy and Uncertainty. They should be replaced with Professionalism, Pragmatism, Accountability and Transparency.

Roger Pielke, Jr. has been at the University of Colorado since 2001 where he is the director of the Sports Governance Centre within the Department of Athletics. Since 2011, he began to write and research on the governance of sports organisations, including FIFA and the NCAA. His most recent book is The Edge: The War Against Cheating and Corruption in the Cutthroat World of Elite Sports (Roaring Forties Press, 2016). Before his current position, he was a Scientist at the National Center for Atmospheric Research and wrote a number of books on the global challenge of  climate change. He received a number of awards for his outstanding achievement in interdisciplinary climate research.

In this address Sean Brawley will explore the intersections of two of his research interests; Australia’s Asian context and the history of Australian sport. As in many areas of Australian history, sport’s role in understanding Australia’s Asian context has been undervalued and underestimated. The address will explore these connections with a focus on two case studies relating to sporting contacts with Australia and Indonesia during the period of Dutch colonialism (the Netherlands East Indies). The first will explore Australian involvement in the Indies racing industry in the early 20th century from both economic and cultural perspectives. The second will explore how an Australian football (soccer) tour to Java in the 1930s played a role in the Indonesian nationalist struggle. The address will conclude with a reminder of the pedagogical power of exploring such intersections in Australian history and the value of sport as a lens for such examinations. As an aside Sean will also reflect on the role of sports history at UNSW over the last 40 years.

Sean Brawley is Professor and Head of the Department of Modern History, Politics and International Relations at Macquarie University. His research interests include Australia’s Asian context and Australian sports history. He is currently completing an ARC DP funded project on the first legal challenge to the White Australia Policy in 1949 and embarking on a new ARC DP project exploring Australia’s Asian garrisons in the post World War II period. His latest book is The South Seas: A Reception History from Daniel Defoe to Dorothy Lamour (Lexington, 2015 with Chris Dixon)

‘Leadership insights from the National Rugby League and Australasian sport’

Raelene Castle will tell her story beginning with how she grew up in a sporting family, her father playing rugby league and her mother netball. She will reflect on how she became a sports administrator, first in New Zealand netball and later in a Sydney NRL rugby league club, the Canterbury-Bankstown Bulldogs. During her period at the Bulldogs, the club has enjoyed record levels of membership (including an increased female involvement) and sponsorship. She will discuss how this has been achieved and some of the challenges she has faced along the way.

When Raelene Castle became Chief Executive of the Canterbury-Bankstown Bulldogs in the NRL in 2013, she was the first female chief executive in the NRL for 15 years. Her term was extended another two years in 2016. Before that, she had been Executive of Netball New Zealand for six years. She had previously worked in the marketing, sales, sponsorship and communications areas for a number of leading New Zealand companies including Telecom, BNZ, Southern Cross Healthcare and Fuji Xerox. Raelene Castle is a Trustee of The Rising, a not for profit organisation helping to unlock to potential of South Auckland youth. She was recognised with a Sir Peter Blake Emerging Leader Award in 2011 and was made an Officer of the New Zealand Order of Merit (ONZM) in 2015. Raelene Castle is also a former Board Member of the International Netball Federation, having served four years.

The Dr Chau Chak Wing Building was designed by internationally acclaimed architect Frank Geary and opened in 2015. Photo Andrew Worssam via The Guardian.

6 July 2017: Rugby League Central, NRL Museum, Moore Park sports precinct and at nearby rooms operated by the Sydney Cricket and Sports Ground Trust. Delegates have the opportunity of undertaking a tour of the Sydney Cricket Ground.

Three, three-to-four star hotels, each seven or less minutes walking distance from the main conference venue at UTS, have been chosen as conference hotels. Conference delegates who stay at these hotels will receive a discounted rate by quoting promotion codes.

This is a beautifully and tastefully renovated heritage-listed hotel with tea-making facilities in each room and free Wifi. Breakfast is not included in the tariff but the hotel offers a la carte breakfast at a reasonable price. Wattle Street is a busy street but most of the rooms face the much quieter Mary Ann Street. Because this is a relatively small hotel, it is recommended that bookings be made at an early stage.

The front section of this hotel is not all that flash in part because of renovations in George Street for the new tram tracks. The rooms are smallish but clean and functional and have tea-making facilities. The hotel does not offer free wifi but wifi is available in the hotel bar.

To make a booking at this hotel: Phone during office hours (+612 9289 4411) or email (reservations@greatsouthernhotel.com.au) the hotel quoting the promotion number (#2610908) or ASSH conference. Provide a valid credit card number as a guarantee, mobile and email address.

This hotel offers attractive apartments with full kitchen facilities, a washing machine, dryer and dishwasher and a big lounge. It has a gym, a pool and an outdoor BBQ. This is surely fit for the President or an aspiring one.

There are quite a number of low-cost accommodation options such as Sydney Railway Square YHA, which advertises places from $33.

The ASSH Student Subsidy will be available to students presenting at the conference. Details to follow.